THE SAINTS secured a place in the North Caledonian Cup Final this afternoon with a commanding 4-1 win over Halkirk United at the Links. Making quick work of their Caithness visitors, St Duthus were 3-0 up at half time before running out as comfortable winners in today's semi final.

There were a handful of changes made to the team who played against Invergordon last week. Barry Kenny and Cammy Mackintosh were the notable absentees, replaced by the returning Craig Ross and Rory Patience in the starting eleven. Joe Sutherland also replaced Ken Morrison at right back, as the latter dropped to the bench. A pre-match kit change due to a clash of similar shirt design saw the Saints don the unfamiliar "Atletico Madrid" colours of red and white stripes, blue shorts and blue socks.

Just four minutes had elapsed before the Saints took an early lead. A mistake in defence presented Ryan Patterson with a glorious opportunity, as he pounced on a misplaced pass to advance into the eighteen yard box before coolly slotting the ball past Sean Milligan. The Saints dominated in the early stages, but the Anglers weren't without their opportunities to equalise; Johan Martens bringing Steven Martin into the game on 13 minutes with a shot down the middle, and moments later with a shot fired wide of the far post.

At the other end, Liam Rostock looked a constant threat and were it not for a clever block, he could have extended the scoring on sixteen minutes, as his effort was blocked and cleared away to safety. Just a minute later, Milligan had to be on his toes to hold a Craig Ross shot, after the defender had cut inside to fire towards goal.

A flurry of corners went in the favour of Saints on the twenty minute mark, and it seemed like a second wasn't far away. Indeed, it arrived in the 23rd minute. A long ball from Steven Martin found its way into the path of Scott Miller who began to bear down on Milligan, but unselfishly he showed excellent composure to lay the ball right to Jon Campbell who took a touch before rifling the ball into the net to make it 2-0.

From then it was all Saints. Seven minutes later it was 3-0 and it was to be a first goal for the club for wing back Joe Sutherland. Cutting inside and deceiving his marker to break into the area, he made no mistake with a thunderous strike which flew into the far corner, leaving Milligan helpless. 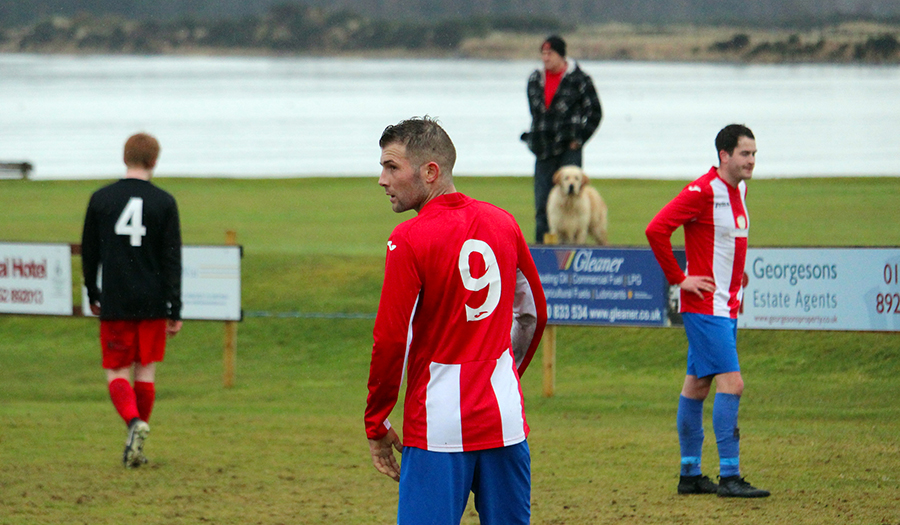 There could have been further goals for St Duthus as the game continued. With ten minutes of the half remaining, Liam Rostock found himself clean through on goal, but the advancing Milligan did well to block the forward's attempt. Moments later, Scott Miller was unlucky with a deflected effort which nearly sailed over a helpless Milligan into an empty net, but landed just over the bar.

Just a minute after the restart, Scott Miller opened his account for the season with Saints' fourth goal. An incisive ball from Rory Patience played Miller in on goal and the striker approached from an angle before placing the ball into the far corner, killing any hopes Halkirk may have had of a comeback. The goal was a deserved reward for a man of the match performance from the Saints' striker.

The four goal advantage resulted in an inevitable lull in the game as the Saints looked comfortable in possession and in firm control. Substitutions followed as Ken Morrison and Adam MacDonald were both introduced. The Anglers did reduce the deficit on 54 minutes though, much to the consternation of the St Duthus back line. Finding space on the edge of the box, trialist Bobby Gunn foxed Steven Martin in goal with an impressive shot that curled into the top corner of the net, ending hopes of a clean sheet for the home side.

An unfortunate injury halted play with twenty minutes remaining. Just 22 minutes into his return to action following an ankle injury, defender Adam MacDonald was forced to withdraw with a dislocated shoulder, suffered during a collision at a throw-in.

On 77 minutes, Jon Campbell could have notched his second of the afternoon with a shot from the edge of the box but Milligan held the St Duthus captain's effort. Seven minutes later, Finn As-Chainey could have made it four goals in three games when he was played in on goal. Quickly changing direction inside the box he launched a shot towards goal which Milligan saved, and from the rebound Sam Beeston rifled the ball across the face of goal and wide of the far post.

Referee Mr McDade wasted no time in calling time as a chill began to fill the air on 90 minutes - and as the full time whistle blew, the chill quickly turned to cheers as the Saints players and touchline celebrated their semi final win. 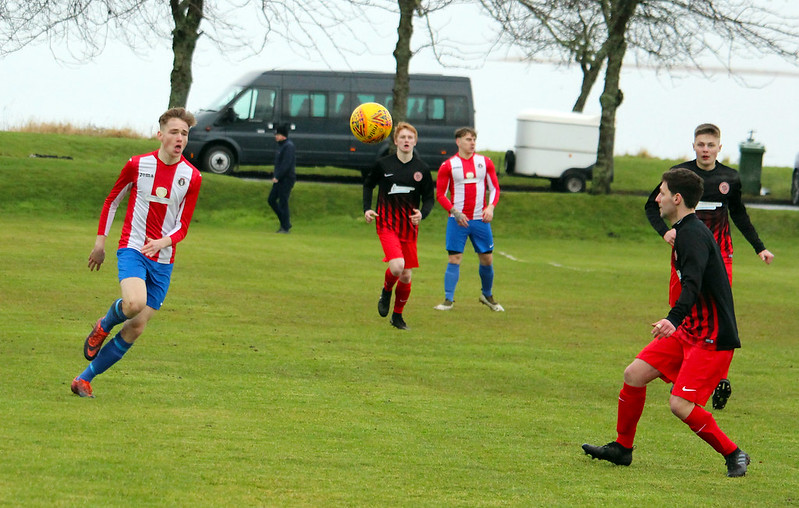