THE RAIN put paid to the game's chances last week as the Links was left squelchy and sodden, but a week of better weather has hopefully made for good conditions as the aspiring league champions Invergordon come calling for what will be the Saints' final home league game of the season.

It all began on September 3rd last year when St Duthus made their historic return to the North Caledonian League at Invergordon's Recreation Grounds. Then team then was filled with trialists and other hopefuls, but now in March it is barely recognisable, as months of transition has seen the manager bring together a close knit squad who have proved themselves to be capable of many a surprise, as Stuart Ross testifies.

The team has evolved a great deal. In fact, seven of the players who turned out for us at the Rec last September are no longer here. We now have a settled squad which we are happy with and we look forward to today's derby. It's a fixture that we've been looking for all season and all of the boys are excited for it. We had eighteen people at our midweek training session, who are all competing for places and are desperate to be involved.

Invergordon have remained top of the North Caledonian League since September time and have held on to it doggedly despite some setbacks along the way. Their great start to the campaign has ensured that a recent dip in form has not hurt their chances as they look to secure their first championship in fifteen years. Defeat at home to Halkirk United last week in the Jock Mackay Cup leaves them with just the league to concentrate on, however a stumble at the Anglers' home park in the league just weeks prior, and defeat away to Orkney in January has been enough to keep the hopes alive of the teams around them. 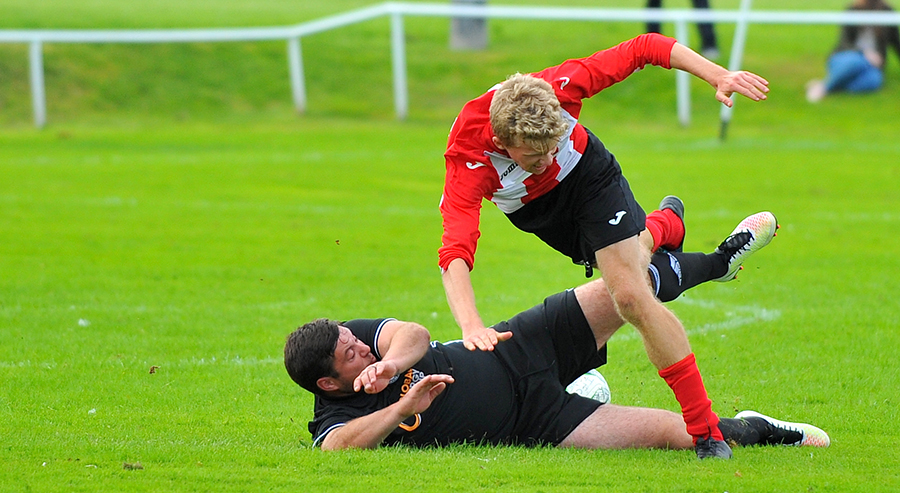 For St Duthus, the mission as it has been throughout the season is to finish as high up the table as possible, and the manager has his sights set on just that.

In terms of where we are in the league, we are aware that the neutral eyes will be on Invergordon to win the game in a bid to keep their league push going. They will be the favourites and their league position is all you need to look at in that respect - it'll be up to us to stop them today and have a say in what happens. For us though, a win on Saturday is all about trying to finish as high up the table as we can, and we look forward to being able to play freely and without pressure.

The Saints are expected to be without several key players for the derby match, mostly due to work commitments, although they are set to welcome Lewis Ross back to into the fold, who returns from work offshore.