A MAGNIFICENT SEVEN goals helped St Duthus on their way to an admirable and dominant 7-0 win over Halkirk United at Morrison Park this afternoon, as they recorded their first league points on the road. Not allowing the tempo to drop throughout, the Saints took no prisoners as they punished the Anglers for the full ninety minutes, Finn As-Chainey taking the plaudits for an excellent performance.

There were a handful of changes to the side who played against Alness United last weekend. With Joe Sutherland and Rory Patience both missing and Ryan Patterson dropping to the bench, messrs Craig Ross, Ewan Ross and Lewis Ross were called into the starting eleven. Also returning to the squad were Scott Miller and Louis Webster.

The Saints' eventual rout could have been quelled in the opening minute when Halkirk's diminutive forward Murray Mackay rattled the crossbar with an effort from 15 yards getting on the end of a well timed cutback. From then on, however, it was all Saints.

Good work from Will Ross led to the opener in the sixth minute, when the wide man broke down the left before finding Finn As-Chainey inside the box and the imposing forward made no mistake with a first time shot to beat Sean Milligan.

As-Chainey turned creator on 12 minutes with a looping cross come shot that only narrowly missed the target, sailing over the far post. Craig Ross recorded an assist for his side's second just three minutes later when he delivered a well executed corner which was met by Ewan Ross who attacked the ball at the far post with determination to head beyond Milligan.

It could have been 3-0 on the twenty minute mark when Ken Morrison broke clear before cutting the ball back, but getting on the end of the pass, Liam Rostock fired his chance over the bar. The roles were reversed just five minutes later as Rostock laid the ball back to Morrison five yards outside the box, and the midfield man forced the Halkirk custodian to react with a shot on target.

The third arrived two minutes before the half hour. An incisive through ball from Lewis Ross found As-Chainey and advancing on the keeper, the Saints' young marksman did well to hold off his man before placing the ball past Milligan with ease to net his sixth goal of the season.

As-Chainey was denied a hat-trick shortly before the break when he was fouled just inside the Halkirk box, with Scott Risbridger was cautioned for the offence. Lewis Ross took up the duty of penalty taker, but to his surprise, Sean Milligan saved the striker's effort down the middle of goal with his buttocks before gathering it on the line.

The second half started in blistering fashion for the Saints. Halkirk did their best to weather the storm and Milligan in particular was busy as As-Chainey was first to test the Anglers' stopper with a shot from 15 yards after breaking clear on goal. He came to his side's rescue immediately after by blocking a Rostock shot on the rebound from close range.

Lewis Ross made amends for his penalty miss two minutes later after determined work from Cammy Mackintosh left Ross with the easy task of tapping home from close range to make it 4-0.

It should have been 5-0 just a minute later when the ball broke to Liam Rostock on the left flank, but after cutting inside, the striker's curled effort cannoned off the far upright.

On the hour mark, As-Chainey was unlucky not to notch his treble when he broke down the left hand side, and after doing well to beat his man and finding space outside the box he rifled a shot towards goal which Milligan had to palm to safety. A moment later, As-Chainey was in the thick of the action again when he flicked the ball into the path of substitute Scott Miller, but the striker's shot across goal flew wide.

On 68 minutes, a corner kick broke to Ryan Patterson who shot into a packed area, before Craig Ross volleyed the loose ball over the bar.

With eleven minutes remaining, Scott Miller was fouled inside the box and with help from assistant, referee Graham John pointed to the spot. From 12 yards, Miller made no mistake with the Saints' second penalty award of the afternoon. A couple of minutes later it was 6-0. After Miller had left Milligan in lumber with a shot on goal, Louis Webster pounced on the rebound to net his first goal for the club.

The action was wrapped up with a touch of class in the 88th minute thanks to a great finish from Scott Miller. Collecting the ball from Webster, the Saints man picked his spot to leave Milligan helpless with a lob from outside the box. 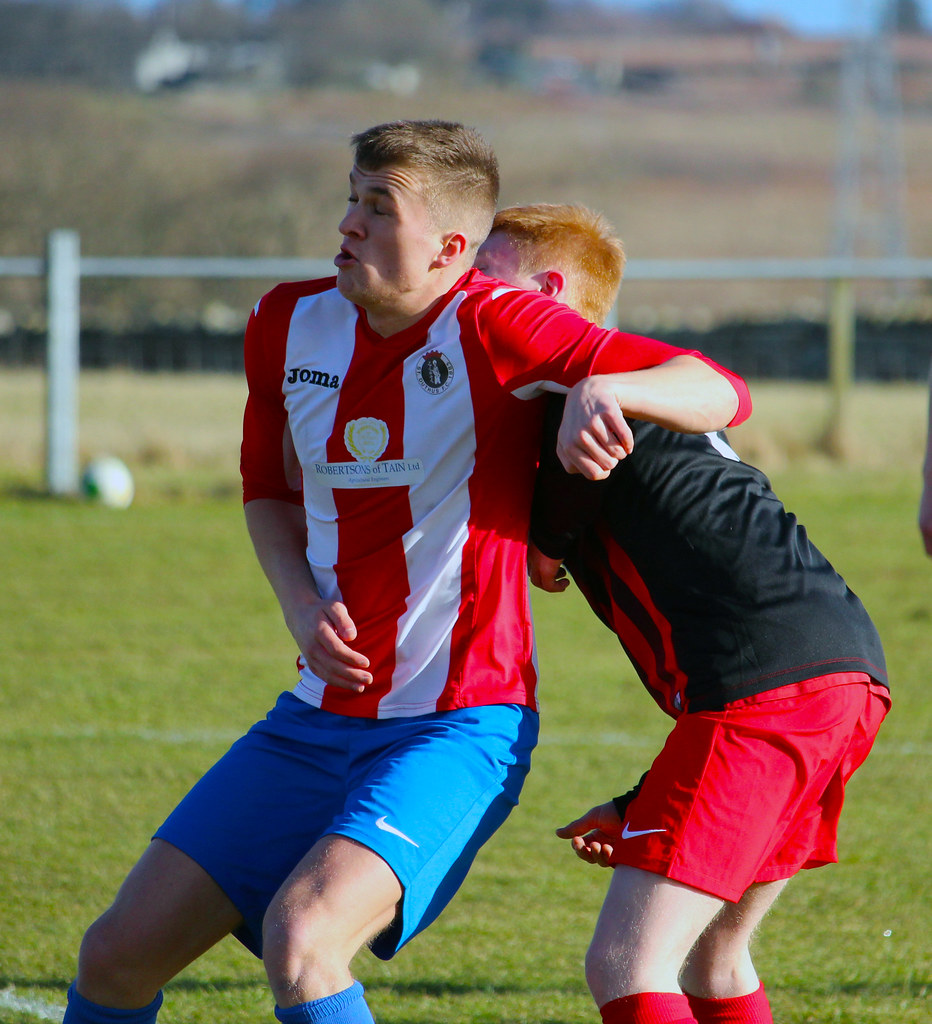